A person’s name is an important thing.  An unusual or inadvertently humorous name can have life-long implications.  Years ago there was a college football player named Happy Feller.  I can imagine his life has been a long series of humorous quips and giggles.  You don’t have to look very hard to find a “Ben Dover” or “Brock Lee.”  So sad.  Dick Butkus (butt-kiss) was fortunate to be a fearsome all-pro linebacker or he would have been subjected to unmerciful teasing. 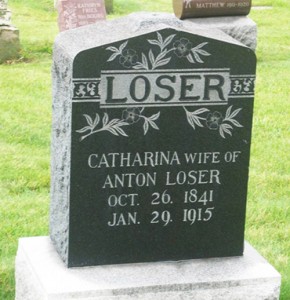 In the old days, a person’s name often derived from their occupation or location.  Thomas the carpenter eventually became Thomas Carpenter and Alan of Gentry became Alan Gentry.  In the Bible people were often given names that had meanings.  Abraham meant “father of many,” which was appropriate because he is considered the father of the Hebrew nation.  Abraham’s nephew was Buz, which means “contempt.”  If you think that’s bad, in the New Testament we read about Damaris whose name meant “heifer girl.”  Ouch!

Some people are given nicknames owing to their personality or some rare attribute.  Earvin Johnson was Magic with a basketball.  Ironhead Heyward was a battering ram with a football.  Jesus nicknamed Simon “Cephas,” which translated means “rock” in Aramaic.  We call him Peter.  He later became the rock of the early church.

I knew a guy in college who was called “Fat Daddy.”  He was neither fat nor a daddy.  There was another guy who was known as “Skylab” because he was high most of the time.  (Note: you have to be a certain age to remember the space craft called Skylab.)

The name Jesus is translated from the original Yehoshua, which is sometimes shortened to Yeshua.  The translation is very complicated, but it basically means “salvation,” which is a great name for someone who saves people from their sins.

Your name is the first gift given you by your parents and it remains yours forever unless legally changed.  Sometimes a person’s name can take on a specific or greater meaning.  George Orwell’s name is now used to describe an entire dystopian perspective: “Orwellian.”  It’s hard not to think of disease when we remember Lou Gehrig.  We all know what a Casanova is.

The word “Christian” means “like Christ.”  That’s a bold statement to make about anyone, especially yourself.  It bothers me when a company refers to itself as a “Christian business,” or they use the little fish symbol in their advertising.  It’s like they are using Jesus to personally endorse their company.  “I’m the son of God and I buy all my fishing gear at Slim’s!” Unseemly, don’t you think?

I am a Christ follower and I am trying to become Christ-like.  If I lived 500 years ago I would hope to be known as Steve the Christian or maybe just Steve Christian.  But this is the 21st Century and no one refers to me as Steve the Christian, which indicates I have work to do.  By the way, I have no idea what my actual surname means, but my kids have suggested “cantankerous grouch.”