A shepherd boy kills a warrior champion. A hero becomes a fugitive. A man singled out as favored by God commits adultery and plots a murder. A wise king fathers dysfunctional children. David, you are one complex dude.

The life story of David is more entertaining than Pirates of the Caribbean. I’ve always been fascinated by the g 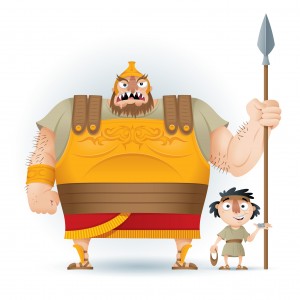 uy. Did you know David is mentioned more often in the Bible than Jesus? He was a man of incredible accomplishments and was beloved by God. Twice in the Bible he was described as “a man after God’s own heart.” That’s saying quite a lot for a guy who committed adultery and conspired to commit murder. So, I ask, what makes him so special?

I’ve spent a lot of time reading and re-reading 1 and 2 Samuel and 1 Kings to get a handle on David. I noted some of his important character traits and even kept an unofficial scorecard.

• Acts of obedience: at least eight are mentioned.
• Acts of worship: at least eight if you include dancing, which he did in front of everyone when the Ark of the Covenant returned to Jerusalem.
• Loyalty: David was incredibly loyal. I found at least six references to his loyalty, some that extended over a lifetime.
• Repentance: at least two references; one over Bathsheba and another when he took a census against the Lord’s will. God will forgive when we sincerely repent.
• Bravery: there was the Goliath thing, and he killed 200 enemy soldiers to win the hand of King Saul’s daughter, AND he won numerous victories in battle, which made people sing, “Saul has killed his thousands, David his TEN thousands.”

David was a man who loved God deeply and worshipped enthusiastically, but he also had raging temper… he even got mad at God! The Lord was never far from David’s thoughts. He consulted God about

My happiness often depends on things or circumstances. Sometimes I sense that even my acts of righteousness are phony; I want the praise of others for being “good.” David wanted more than anything to please God. So maybe David wasn’t so complex after all. He simply wanted to do God’s will, and that gave him great joy. That’s why he was a man after God’s own heart. That’s what I want to be, too.