It is time to elect a new president.   The two major candidates have been scrutinized under the media microscope and both have cooties.  Just about everything important about them has already been discussed, so why waste time dissecting their political positions?  Here are the issues that really matter when considering who to vote for. 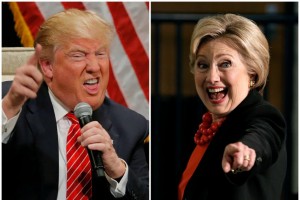 Attractiveness – One candidate looks like a pumpkin atop a refrigerator; the other is Christopher Walken in drag.  Advantage: radio.

Likeability – Hillary is warm like Siberia and sincere like Fagin from Oliver Twist.  The Donald is a foul-mouthed braggart who has lived a life of privilege and cheap fame.  Advantage: either VP candidate.

Debating skills – Hillary speaks with the perfect practiced precision of a polished politician.  Trump talks in generalities and platitudes and is often redundant.  They are to great oration what IHOP is to fine cuisine.  Advantage: Hillary.

Fashion – Hillary has the fashion sense of Chairman Mao with a platinum card.  Trump has a lot of expensive suits.  Political fashion is easier for men.  Advantage: Trump.

Spouse – Former president Bill Clinton is a charming, though aging, womanizer with a bulbous nose and raspy voice.  Melania Trump is a former fashion model with a sexy Eastern European accent.  Advantage: Melania!

Children –  Trump has spawned at least five children with at least three women.  Bill and Hillary produced a single offspring, which is probably enough.  Despite the undeniable negatives of all the parents in this race, their kids seem to genuinely like them.  Advantage: trust funds.

Inspiration – One is a slightly creepy, old curmudgeon who has done nothing in their lifetime to inspire anyone but has amassed great personal wealth without doing any real, honest labor or sacrificing anything.  Which one am I referring to?  Advantage: does it matter?

Honor – Well, let’s see…  Trump has said things about women that would embarrass a convict.  He apparently hasn’t paid taxes since he was a teenager and as a businessman has cheated more than a few folks out of their earned wages.  Meanwhile, if lies were French fries Hillary would be the McDonalds of American politics.  She has more whoppers than Burger King!  Whoever said there is honor among thieves never met these two.  Advantage: organized crime.

Is there any good news about this election?  You bet!  I think it is leading millions of people to become Christians.  I know this because I hear so many people saying, “God help us!”

Christians sometimes go into a dither about Halloween.  Some denominations see Halloween as a celebration of evil, a veritable devil’s day of satanic rituals and death worship.  Other churches view it as a harmless fall festival of costumes and candy.  So, what is a believer to do on October 31?

I heard about a church that insisted all their kids come to the “fall festival” dressed as their favorite Bible character, less they frighten one another by coming as a troll or Batman.  I envisioned every boy dressed in near identical robes and beards.  “Are you Moses?” asks a smiling youth worker.  “No! I’m Habakkuk!” replies the frustrated adolescent.

As a kid l loved to watch horror movies.  N 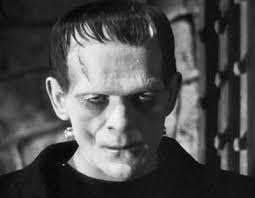 ot the blood and gore stuff that Hollywood makes today (Saw, The Hills Have Eyes, et al.)  but the classic Universal  films like Frankenstein.  I still watch the original Frankenstein every time I can; I consider it and Bride of Frankenstein to be two of the greatest movies ever made.  Those films still creep me out just a little, but they don’t make me believe in monsters.  I do, however, believe in demons.

Fact:  Jesus himself dealt with demonic forces.  He confronted Lucifer directly when he was tempted in the wilderness; he cast a demon out of a young boy in Matthew 17; he confronted a posse of demons named Legion in Luke 8.  Demons were active in Jesus’s day and they are still around, though we educated 21st Century Christians may not like to admit it.  In 1 Timothy chapter one it states:

Yeah, I want to avoid all of that… demons, deceitful spirits and so forth.  Give the devil a foothold and he’ll cripple you.  Those who dabble in psychic readings and the like are inviting Satan into their mind.  You do not want him in there.

It’s important to remember that folks who have genuinely accepted Jesus as their Lord and Savior are safe from demonic possession.

“I give them eternal life, and they shall never perish; no one will snatch them out of my hand.”  (John 10:28)

Jesus is infinitely more powerful than Satan and I totally trust His protection, but in the same way I avoid people with the flu, I avoid interaction with satanic influences. I want far more Scripture in my head than horrific images.  More Jesus, less evil.

I will likely continue to watch scary movies, hand out Halloween treats and carve jack-o-lanterns, but I’ll stay away from the hard stuff.  Think of Halloween like wine; you can enjoy a little of it in moderation.