Every time there is an horrific crime, mass murder or urban riot, media pundits and social scientists wring their hands and point fingers. Too many guns. Too little education. Too few jobs. Too much violence in the media.

All of those may have some effect on the crime rate, but the biggest factor in the decline of American culture is too few dads. 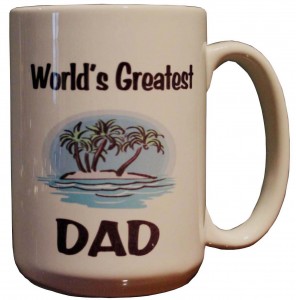 My own dad died when I was 18, so he never met my wife or my children. But in the 18 years I knew him he provided a steady hand. He was the proverbial man of few words, but his words were well considered. I can recall only one time that he used the word “son” when referring to me, but I knew without question that he was my dad in every sense of the word. He never told me “I love you,” but his love for me was real and evident.

My relationship with my dad blossomed when I became old enough to care about sports. In Little League and later in high school he would occasionally come see me play; in those days dads rarely hovered over their boys like some do today. In some ways he was the best coach I ever had, though he never coached any of my teams. Instead he would offer tips and advice. I listened carefully, and when I applied his wisdom I always improved. This was a lesson; pay attention to your old man and do what he says. I tended to follow his advice in all things, and he was usually right.

My dad didn’t give a hoot about Jesus or church until he was 52 and diagnosed with cancer. Funny how mortality will capture a man’s spiritual attention. At first he started attending church on Wednesday nights. Later he started going on Sunday nights, too. Finally he started showing up on Sunday mornings. Before long he professed faith in Jesus. He was baptized in the Arkansas River, a day I’ll never forget because we had a flat tire on the way home and he had to change it sopping wet.

My dad loved to sing so he joined the church choir. He had a powerful voice and, before long, began singing the occasional solo. He was good enough that other churches asked him to sing for them, as well. I think he was happiest when singing in church, and I can still remember him smiling as he belted out old gospel tunes like “He Washed My Eyes With Tears.” If he had a signature song, that was it.

My dad’s birthday was August 26. He died in 1975, just a few days after turning 57. My sister Janis and I remarked at the time that he had lived a “full life.” Fifty-seven seems so young now that I am near 60!

A family friend told me at the time of my dad’s death, “There will never be a day that you don’t think about your father.” He was right.