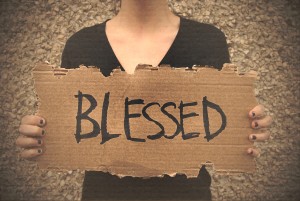 How do you identify a Christian?  We don’t have tattoos on our foreheads, though that’s an idea worth considering.  We may have a Jesus t-shirt, but who knows if we actually went to the concert?

Lots of people say they are Christians but when you examine their life closely they don’t seem very Christ-like, which is what Christian means.  Perhaps they are not Christians at all, which means they have not asked for forgiveness of their sins and accepted God’s gift of eternal life.  Or, maybe they are “born again” but are not currently in a healthy relationship with Jesus (i.e., they’re living for themselves).  They are stealthy Christians, undetectable in the world.

So, how can you spot 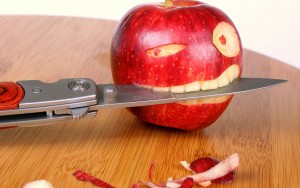 an actual Christian?  Jesus addressed this issue in His “sermon on the mount,” which is found in Matthew 7.  He said the way to identify a tree or a person is by the kind of fruit that is produced.  Makes sense.  It is an interesting analogy, because even if a particular tree produces fruit, the fruit of that tree may not be very tasty or attractive, depending on the vitality of the tree.  And trees can be inconsistent, producing an abundant, delicious crop one year and a poor crop the next.

What did Jesus mean exactly when he referred to fruit?  Is it church attendance?  The amount of money you give to charities?  The number of “unsaved” people you lead to Lord.  I know some Christians who humble-brag about the folks they’ve “won” for Jesus.  They would never admit this, but they would love to wear a sash like the Boy Scouts so they could display all the soul-winning merit badges they have accumulated.  They could eventually become Eagle Christians and have a ceremony with cake and punch.

“Leading someone to Jesus” is awesome, but you shouldn’t take much credit for it – that work is actually done by the Holy Spirit, which is God’s voice in our hearts.  We are merely fruit pickers, workers in the harvest.

I sometimes exhibit these characteristics, other times they are nearly invisible in my life.  The quality of my fruit is inconsistent, and that reflects both my humanity and my often-wavering commitment to the Lord.

Years ago, I did some marketing work for the apple industry.  I got to know the business pretty well.  Apple packers examine the quality of each apple that is harvested and assign one of five grades, the highest being U.S. Extra Fancy.

When I look at my own life, my fruit is very inconsistent.  I don’t love others well all the time.  My joy and peace ebb and flow.  Patience?  I get angry because the ice dispenser is too slow.  Goodness, faithfulness and gentleness are often as elusive as leprechauns.  Self-control is eating only five cookies.

If my Christian life was an apple, it would likely be chosen for apple sauce, not good enough to make the grocery store display.  I’m soft, bruised and spiritually small.  But here I am, in God’s orchard.  If I want my fruit to improve, I need to nourish myself daily with God’s Word, pray sincere prayers and worship the Lord with reverence and gladness.

My goal is to be an obvious Christian, a consistent producer of good fruit.  I want others to see my life and say, “that guy is a U.S. Extra Fancy Christian!”