According to a recent Gallop poll, 72 percent of Americans believe moral values in this country are getting worse. Count me in that group. Of course, my definition of good morality may be different than yours. Still, I think we all can agree that things are different than they used to be.

As a society our behavior is more crass, our language more coarse, and we are not as easily shocked by violence and sex. The change has occurred somewhat gradually over decades. In 1939 moviegoers gasped when Rhett Butler told Scarlett O’Hara he didn’t give a damn. In 2013 the F-bomb was dropped 506 times in Martin Scorsese’s film, The Wolf Of Wall Street. A squad of sailors arguing with ballplayers in a locker room would have a hard time outpacing that level of profanity. 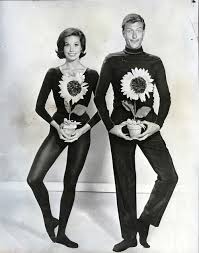 We are certainly less modest regarding nudity and sexuality. If you’re over 50 or you’ve watched reruns you remember Rob and Laura Petrie slept in twin beds on “The Dick Van Dyke Show.” Today it’s common to see sexual acts or hear sexual innuendoes on the tube. We also see unmarried sex. Even gay sex. Hollywood producers continue to push the progressive envelope as now we have shows describing the lives of transgender folk.

Are there any other sexual orientations left to explore? Wait! Don’t answer that!

It’s hard to raise kids with a sense of decency when they are immersed in a culture that swears and drops its trousers all the time. In our house my kids were not allowed to say “butt” until they were 12. We considered f-a-r-t to be the F-word. Were we old fashioned? Maybe, but our arguments were less raucous and profane than most other families. Today my kids laugh about our household language laws, but they still don’t (well, seldom) use those words around me.

Does morality matter? Yeah, I think so. The Bible is my rulebook for moral behavior and it has a lot to say about language and modesty. For instance, “Let there be no filthiness nor foolish talk nor crude joking, which are out of place, but instead let there be thanksgiving,” (Ephesians 5:4) I do pretty well with that admonishment except for the “foolish talk” part; if it weren’t for foolish talk I would have little to say.

For all the scantily clad women out there (you know who you are), hear this: “Like a gold ring in a pig’s snout is a beautiful woman without discretion,” (Proverbs 11:22). Said another way, a pig’s attractiveness is not enhanced by fine jewelry or its lack of clothing. Cover up.

Of course, my opinions on morality will not slow down the freight train of indecency and profanity in American culture. But in my house we seldom say butt and we wear clothing most of the time. That counts for something.