I don’t know if God created the universe in six literal days or not… and I don’t care. Is the description in Genesis an actual account or an allegory? I believe in a God that could create an expansive, complex universe in six seconds if that’s what he wanted to do. Perhaps not coincidentally, I find it hard to believe the universe was created by random chance over trillions of years. As a rational person the big bang and evolution seem implausible.

I don’t know if my dog is a genius, 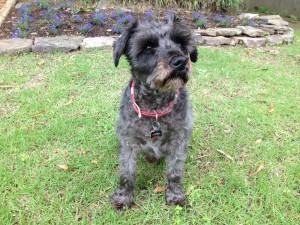 but I’m starting to think so. Dodger seems stupid and lovable, but he may be the smartest one in the house. He always gets exactly what he wants, sleeps 18 hours a day and doesn’t have a job. Pavlov in reverse? On the other hand, he has been neutered.

I don’t know when it became acceptable for men to go to bridal and baby showers. If I find the people responsible for this trend, we will have a long talk.

I don’t know how to explain to gays that I believe homosexuality is wrong in the eyes of God. At least I don’t know how to do it well. The best I can do is tell them that I, too, am a sinner and they have every right to point out areas of my life that are displeasing to God. We all have sinned and fall short of God’s standard of excellence.

I don’t know how to use Twitter. There, I’ve said it.

I don’t know why I can’t lose weight. I’ve been jogging dutifully for two months and eliminated most sweets and junk food, yet I’m as fat as ever. Is cancer the only weight loss program that works for 60-somethings?

I don’t know if Christian bakers should make cakes for gay couples. No one should be made to do something which conflicts with their moral values. But then, maybe showing love by making that cake would be a good thing. WWJD indeed!

I don’t know where the line between faith and discernment is. Should a person “step out in faith” or wait until the decision is safer? I’ve quit two good jobs in my career because I thought God wanted me to do so. In both cases God was kind to me. Maybe that says something about God’s love and forgiveness even if we make honest mistakes.

I don’t know why hair will grow in my ears but not on my head. Seems like a cruel joke.

I don’t know how anyone could think transgender restrooms are a good idea. According to a quick Google search, there are about 700,000 trans-people in America. There are almost 750,000 registered sex offenders. Is any additional discussion necessary?

I don’t know how Google works, but I love it!

I really don’t know why my wife was attracted to me in the first place. I wasn’t rich or smart, I’m short, have a bulbous nose and ears like saucers. I also was awkward around girls. Yet, 33 years later she’s still here and as pretty as ever. Amazing.